I had such fun at the Edinburgh International Book Festival today, writing in a tent on George Square for three hours as part of the Live Poetry Lab. A number of nice folks dropped in to share their festival memories with me, and we had intriguing conversations about the history and politics of the festivals in Edinburgh, and about culture and writing generally.

Colin Herd and Jane McKie produced incredible texts on Monday and Tuesday, and Peter Mackay and Ryan Van Winkle are still to come. It felt quite exposed, writing in this way… the work is very much a sketch rather than a finished product, and not what one would normally share with the wider public. It was a remarkably fruitful and productive creative constraint, however, and certainly has produced a mass of work that I will mine and edit into more polished poems. I hope the exercise serves as inspiration for other writers who might be stuck or feeling as if they don’t have much time to write. Give yourself a set amount of time: 10 minutes, 30 minutes, 3 hours… and see where the pen/pencil/keyboard takes you!

Many thanks to dear Ioannis Kalkounos, EIBF Programme Manager (and excellent poet himself!), for organising this project, to EIBF for hosting it and to everyone who has contributed memories. You can continue to read the work from the Lab here and tweet your own festival memories to #LivePoetryLab.

Also thanks to Rachael Boast… I so enjoyed reading with her at EIBF last Tuesday, and to Marjorie Lotfi Gill and Claire Urquhart and all the folks working on the brilliant Open Book project for the chance to read to the remarkable women’s group from the Maryhill Integration Network and to have my poems translated and read out in Arabic by Saffanna who took my breath away. It’s been a fantastic Book Festival thus far, and so much more to come!

Also if you’re in town on Saturday night and love poetry, come along to this: Second Space Poetry. 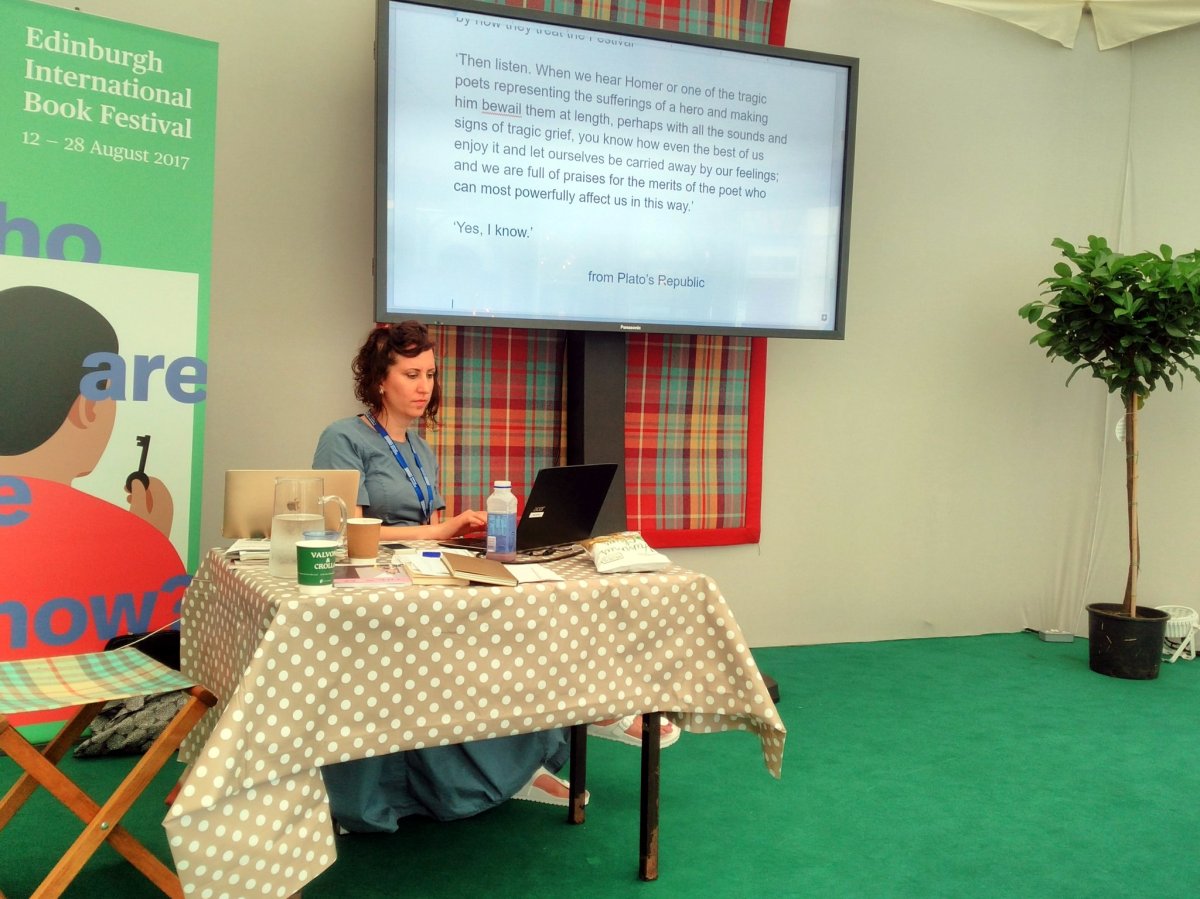