My dear friend and mentor Robyn Marsack sent me the most exquisite gift the other day. She said it was a present that she had been planning to give me on the evening of my book launch, but thought I might like to be able to wear it on the night… which I very much do, and as you can see it goes beautifully with the sparkling dress I’ll be wearing (thanks Maddy!). It is this:

a precious wearable artwork by the poet Thomas A. Clark. It got me thinking about Dante, and La Vita Nuova, ‘The New Life’, in Italian, or Vita Nova in Latin. I did not learn as much as I would have liked in my challenging Italian class at Wellesley College, but one stanza at least stayed in my mind, which is just as useful when travelling in Italy as being able to ask for a cappuccino. These are the first three lines of Dante’s Divina Commedia:

Also while at Wellesley, I had the privilege of studying with the poet Frank Bidart, who was the first person to introduce me to the poetry of his friend Louise Glück. It was love at first read, and she is one of those poets whose voice I will never get out of my head.

This became especially, hauntingly clear to me, as… realising that there was a coming together of universal threads going on, I remembered that one of if not the first book of Louise’s that we’d read in Frank’s class was Vita Nova, a book ‘that exists in the long moment of spring’, or so says its inside cover. It’s an Orpheus and Eurydice book, but also a book about relationships, and a book about change, a book about new life.

(You can see I’ve been carrying it around with me for a while!) So, here’s the thing… in the second-to-last poem in the collection, which I haven’t read for some time, maybe years, there is the line:

…By the stone fountain

the willows are singing again

with unspeakable tenderness, trailing their leaves

in the radiant water.

and it rather took my breath away as I realised that the second-to-last poem in my book ends with the line:

sometimes i feel a breath, a hand

trailing its fingers in the silver water

It was quite startling, and moving, to feel the echo of the words of this poet I so admired in my youth, who still means so much to me, ringing through my words today, and to feel the thoughtfulness of another woman I admire so greatly, Robyn Marsack, sharing the precious gift of the work of another poet I admire, Thomas A. Clark, leading me to shiver at the link to the work of yet another poet, one who retains his place in history as one of the greatest of poets, Dante. This is the radiant water, the silver river of poetry, and I feel so lucky to find it flowing all around. 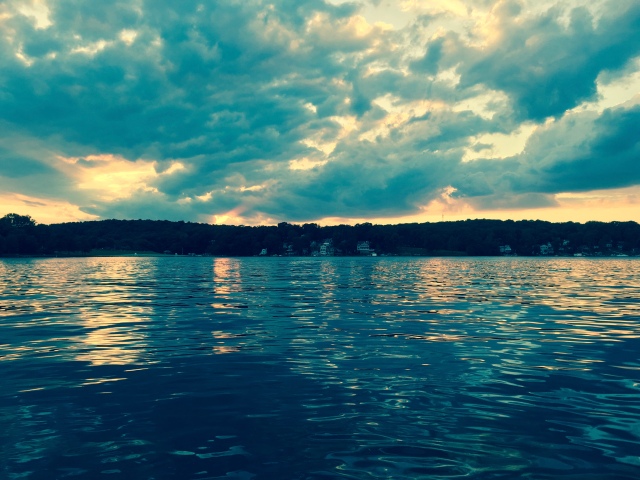