On 17 February, at the CCA in Glasgow, I will be reading some of my poems and talking about what it’s like to be a poet at this event for the Scottish Writers’ Centre, which is a fabulous organisation that supports writers!

Please do join us if you’re in the Wild West that evening, and take a look at the rest of their exciting programme.

“The Writer’s Life” with JL Williams 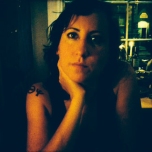 JL Williams has found publication in journals such as Poetry Wales, The Wolf, Edinburgh Review, Magma, Fulcrum, and Stand. Her poetry has been translated into Greek, French, Spanish, and Dutch, and she has translated poetry from Spanish and Greek.

Jennifer’s poems have been featured in the New Writing Scotland 30 anthology and in the SPL’sBest Scottish Poems 2011 and 2013 anthologies. She is particularly interested in cross-form work, and has collaborated with artists, musicians, and filmmakers. Jennifer was awarded a grant from the Scottish Arts Council for a poetry collaboration entitled Chiaroscuro Pentimenti, and the Edwin Morgan Travel Bursary from the Scottish Arts Trust.

In September 2009, she journeyed to the Aeolian Isles to write a collection inspired by Ovid’s Metamorphoses, entitled Condition of Fire (published by Shearsman Books in 2011). Jennifer’s second collection,Locust and Marlin (Shearsman, 2014), explores the idea of home and where we come from. She plays in the band Opul, and is Programme Manager at the Scottish Poetry Library.

View all of jlwpoetry's posts.