I have not been an actual performer in the Edinburgh Fringe for some time, but I get a chance this year as part of this lovely wee poetry event, which also features my SPL colleague and wonderful poet Georgi Gill.  There is an open mic element to it so please come and join us to share your poems and see some soothing sea-inspired art in the midst of the festival madness. 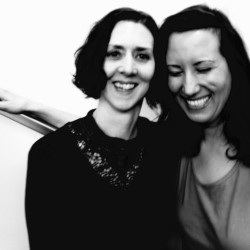 A Word in Your Shell-Like

Edinburgh-based poets Georgi Gill and JL Williams will perform their work together for the first time and for one night only during the Edinburgh Fringe Festival. The performance, A Word in Your Shell-Like, takes place in a city art gallery, and will feature poems with a salty bite, echoing ceramicist Liz Watts’ nautical Fringe installation Beached at the same venue.

Unusually for a Fringe event, fellow castaways in the audience can join in with the performance, with open mic slots available on the night for anyone who would like to perform sea-themed poems and acoustic songs.

The two poets, who work together by day at Edinburgh’s Scottish Poetry Library, are both widely published. Fittingly, Georgi Gill is the daughter of a sailor, and grew up on the banks of the Gare Loch, where she regularly saw nuclear submarines rise to the water’s surface from her living room window. She will be a guest editor of The Interpreter’s House literary journal this year. JL Williams’ first collection, Condition of Fire was inspired by Ovid’s Metamorphoses and a journey to the Aeolian Islands. Her second, Locust and Marlin explores the idea of home and where we come from, and was shortlisted for the 2014 Saltire Society Poetry Book of the Year Award. Williams plays in the poetry and music band Opul. Her work has been translated into seven languages, and her father is also a sailor who taught her to sail when she was little.

The event is a satellite edition of the hugely successful reading series, Words & Ears, which takes place monthly in Bradford on Avon, Wiltshire. Here, as at those events, people are invited to bring their words, or simply their ears – all warmly welcomed.

A Word in Your Shell-Like is on from 7.30pm – 10pm on Thursday 11th August at EDS Gallery, 13A Great King St, Edinburgh EH3 6QW (Edinburgh Fringe Venue 324). There will be an interval in which the audience is invited to chat to the poets. Tickets, £3, through the Edinburgh Fringe Box Office or on the door. For more information, email dawn@dawngorman.co.uk